Thank you. Your account has been registered. Check your email for details.

Thank you. Your purchase was successful.

A receipt was sent to your email. 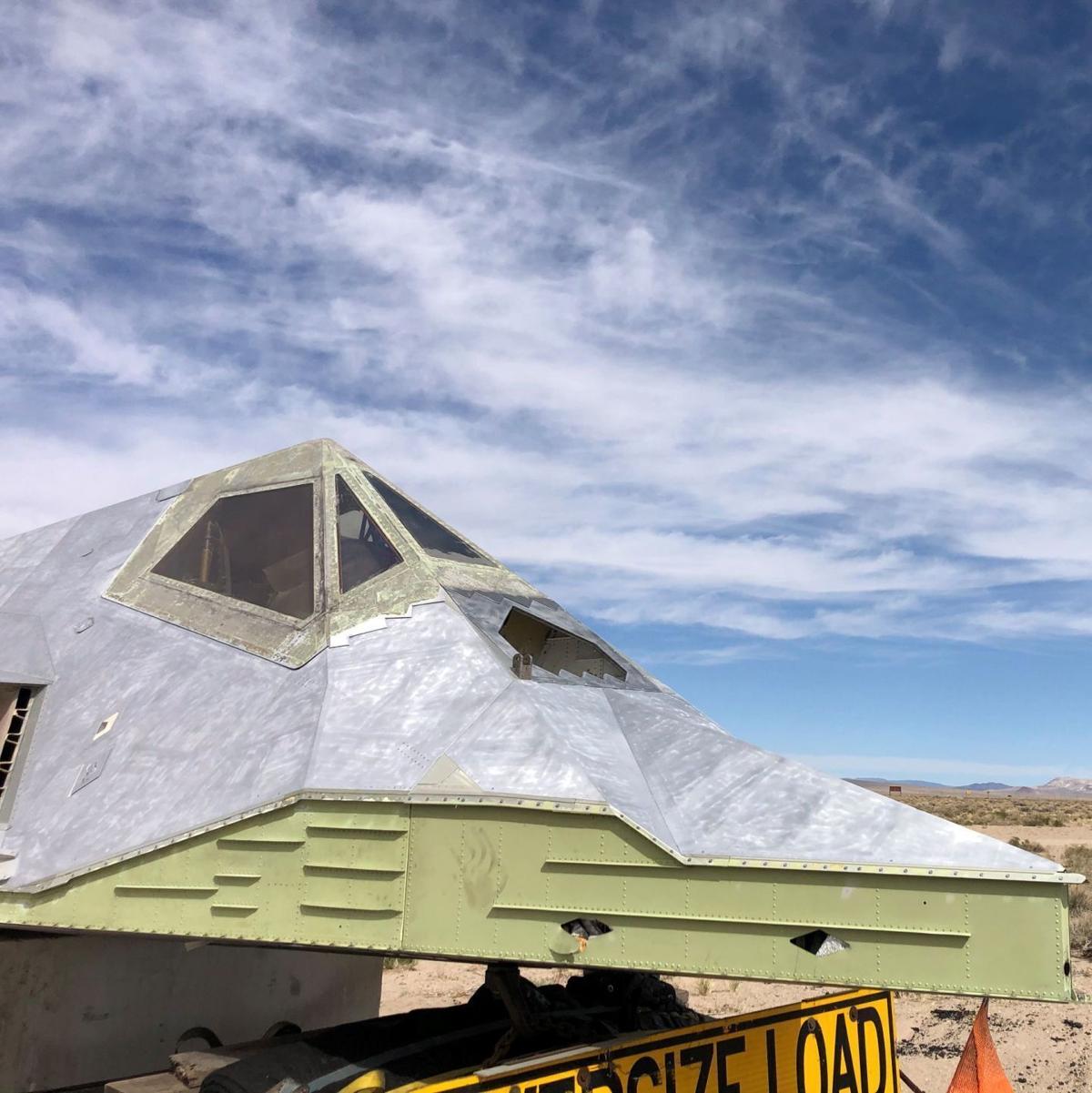 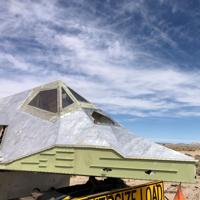 The Nebraska-bound F-117, also known as the Stealth Fighter, was stripped down, loaded onto a trailer and is headed to the Strategic Air Command and Aerospace Museum near Ashland. 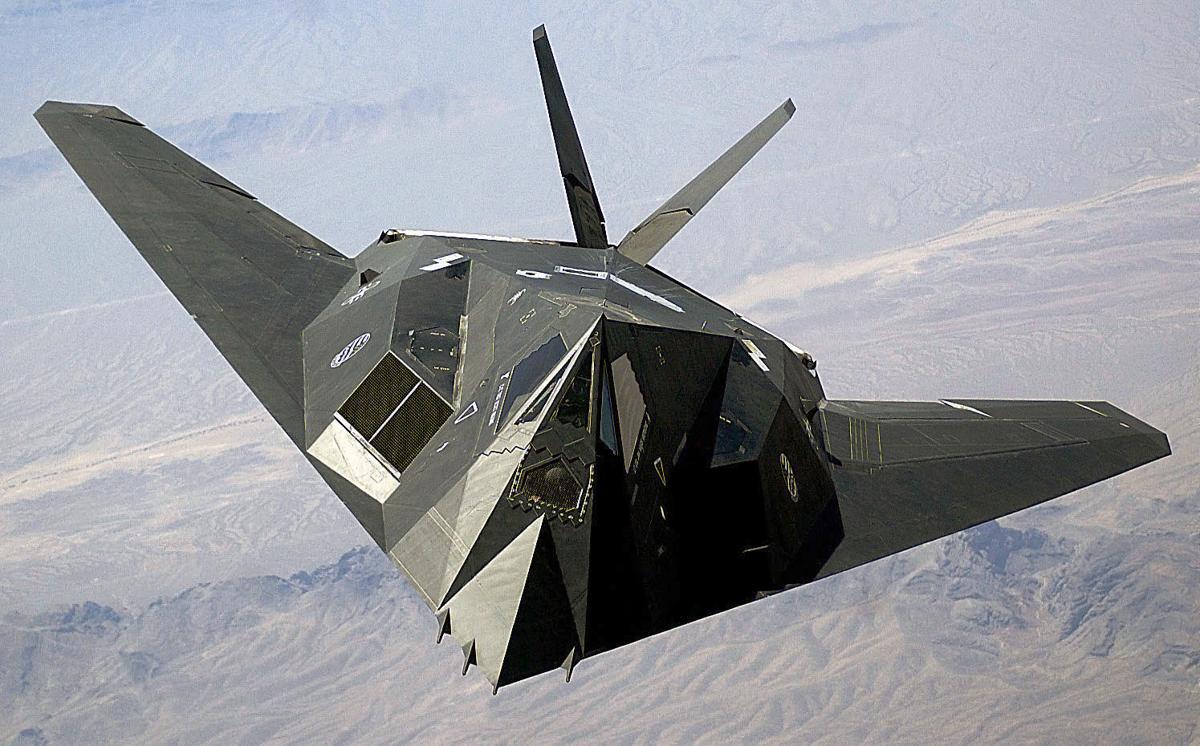 To prepare the F-117 Nighthawk for a long-term loan to the SAC Museum in Ashland, the Air Force stripped it of classified materials -- its radar absorbing paint, and its nose, wing edges and other body parts.

The Nebraska-bound F-117, also known as the Stealth Fighter, was stripped down, loaded onto a trailer and is headed to the Strategic Air Command and Aerospace Museum near Ashland.

To prepare the F-117 Nighthawk for a long-term loan to the SAC Museum in Ashland, the Air Force stripped it of classified materials -- its radar absorbing paint, and its nose, wing edges and other body parts.

The Air Force removes the rockets from beneath an airplane’s ejection seats before releasing it for public display.

But that’s just part of its standard demilitarization process.

“The Air Force can’t send hazardous items out to a civilian museum,” he said. “It’s about a three- to four-month process under best-case conditions from the time they pull the airplane out of storage.”

And it’s an even more complicated job for an F-117 Nighthawk, now strapped to a flatbed trailer and headed cross-country to the Strategic Air Command and Aerospace Museum near Ashland.

The so-called Stealth Fighter was known for its ability to evade enemy radar, and the late-20th century technology that made it so elusive is still considered classified, Rowland said.

The aircraft’s nose, leading edges of its wings and other body parts have internal structures the Air Force wouldn’t want others to see, and its paint contains radar-absorbing compounds that need to be stripped and sand-blasted.

“The F-117 is just special in that way,” Rowland said. “Most airplanes though do not need to go through this level of demilitarization.”

That would pose a problem for the Nebraska-bound Stealth.

The Air Force’s 64 Nighthawks, built by Lockheed, saw service in the Persian Gulf War of 1991 and were later used in Iraq and Afghanistan. They were retired in 2008 and sent to storage at the Tonopah Test Range northwest of Las Vegas.

The Air Force only recently began making them available for public display through long-term loan agreements, and the SAC Museum is just the fourth private museum to receive one.

It was supposed to arrive in Ashland in March. Then the Air Force’s media blaster -- used to scour the Stealth’s paint -- broke down and delayed delivery by more than two months.

“Fortunately, the airplane was very close,” Rowland said. “And they were able to get the equipment working enough to finish it off.”

This week, three SAC Museum staffers traveled to Nevada to escort their newest display to Nebraska. The F-117 was once capable of high-altitude cruising speeds of up to 620 mph, but it will take several days to make the trip east after leaving Nevada early Thursday.

And it will take even longer for SAC’s two restoration staffers and three dozen volunteers to get it show-ready for the museum floor, said John Lefler Jr., its marketing manager.

They need to reattach the wings and -- with detailed drawings and diagrams provided by Lockheed and the Air Force -- fabricate replicas of the nose, wing edges, engine inlet grids and all of the other classified parts that were removed. Then they need to give it a paint job.

But the public won’t have to wait that long to see it.

By next week, the museum will make room for it in the restoration hangar, reattach the wings and invite guests to get a close-up look at the formerly elusive aircraft.

This article originally ran on journalstar.com.

Welcome to the discussion.

Keep it Clean. Please avoid obscene, vulgar, lewd, racist or sexually-oriented language.
PLEASE TURN OFF YOUR CAPS LOCK.
Don't Threaten. Threats of harming another person will not be tolerated.
Be Truthful. Don't knowingly lie about anyone or anything.
Be Nice. No racism, sexism or any sort of -ism that is degrading to another person.
Be Proactive. Use the 'Report' link on each comment to let us know of abusive posts.
Share with Us. We'd love to hear eyewitness accounts, the history behind an article.